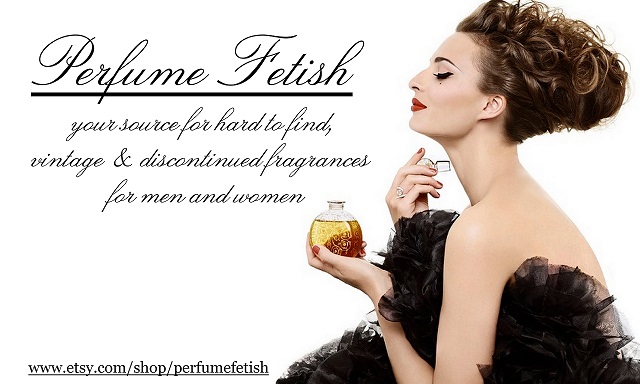 Au Bon Vieux Temps by Guerlain: launched in 1890. Created by Jacques Guerlain. The name means "The Good Old Times" and recalls the scents of the old potpourri jars (sweet jars) found in homes and the heavy musk worn by so many in the late 18th and early 19th centuries.


So what does it smell like? It is classified as a unisex, deep oriental chypre with violet, rose, (potpourri jar scents) and amber notes. It was described as very "musky".


"In the foyer there was a whiff of Guerlain's Le Bon Vieux Temps that recalled a summer breeze laden with the hearts of flowers. It is I hear the latest pleasure of Madame la Mode."


'What a delicious fragrance', my dear, said I, because she smelled of that delightful perfume Bon Vieux Temps that I recognized immediately, as I use it myself.
'Yes, yes, my own special mixture', she answered condescendingly......
"My congratulations on your taste, dear friend, it is quite simply perfect. Do you like mine?" I added, shaking out my lace handkerchief, also perfumed with Bon Vieux Temps.
"My goodness, yes" she murmured, blushing, caught in her own trap.
"And I can't even hide from you where I bought it because you know I only wear Guerlain."


"GUERLAIN with his Bon Vieux Temps has solved a very difficult puzzle which consisted in giving us a perfume well accentuated according to present day taste whilst its penetrative power is subdued by the subtle suave and agreeably mild qualities of the odor itself. These are the rare distinguishing features which account for the immense vogue in which Bon Vieux Temps is held and which have caused it to be adopted wholesale by the Parisian aristocracy."


"Here is another perfume with the charming name Le Bon Vieux Temps. Are there more words needed to create for you great grandmother's time with its potpourri jars and its hoopskirts its little elegancies and its faded sweetnesses?" 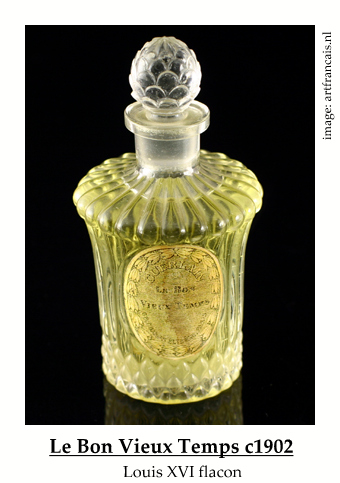 Fate of the Fragrance:


Relaunched in 1901 and renamed Le Bon Vieux Temps, and still sold in 1946. Discontinued.